The year was 1996. There was a Federal election in February – Keating out, Howard in. Oasis was the big new band. I had hair. In Greater Shepparton, the call was made on the western alignment for the Shepparton Bypass of the Goulburn Valley Highway. People sold farms to Vic Roads, and the community thought the road project would not be far away.

Here we are in 2021, and not a sod of ground has been turned for the bypass. There have been some promising moments, and in this credit is due. $10 million in the 2017 Victorian state budget for planning and some further acquisition was the first time significant money had been committed to the project. In 2019 the Federal government announced that they would contribute $208 million towards stage 1 the project. This was based on the only costing anyone had – which was an estimated of $260 million. It was their share of the traditional 80/20 Federal – State split.

After that, we had the long-delayed business case, which would set out the plans, rationale and give an accurate cost. This was being prepared by Major Road Projects Victoria, which is a state government body. Finally late last year it was finalised and released – but not to the Greater Shepparton community. It was sent to the Federal Government. Victorian Transport Infrastructure Minister Jacinta Allan says it is up to the Federal Government to release it to us. Deputy Prime Minister Michael McCormick says he can’t because the Victoria Government marked it confidential. Both the Federal and State governments have delivered their budgets with significant infrastructure spending, but there is no new money for the Shepparton Bypass. It appears stalled, its momentum crippled by political inertia.

Shepparton Bypass Action Group chairman Peter Johnson is clearly frustrated: “The Victorian Government has presented a business case to the Federal Government for funding with no indication of their own commitment to the project. Why can’t they tell us what their position is?” he said.

Stage 1 of the project takes the road from the Midland Highway north along Excelsior avenue, then east over the river and onto an upgraded Wanganui Road. It provides the much needed second Goulburn River crossing, takes some of the east-west traffic out of High St and creates momentum which hopefully one day delivers the entire project, which is the north-south bypass road to the west of the river.

The business case is turning into a political football. The people of this region need it to turn into a road 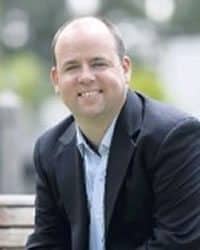