"To be the Australian centre for dairy and horticulture, exporting reliable premium quality fresh and value added produce via innovative practices and world class irrigation systems. As a major business centre, we will be connected to the world through modern infrastructure and supported by a thriving and educated community that celebrates its rich culture and diversity." 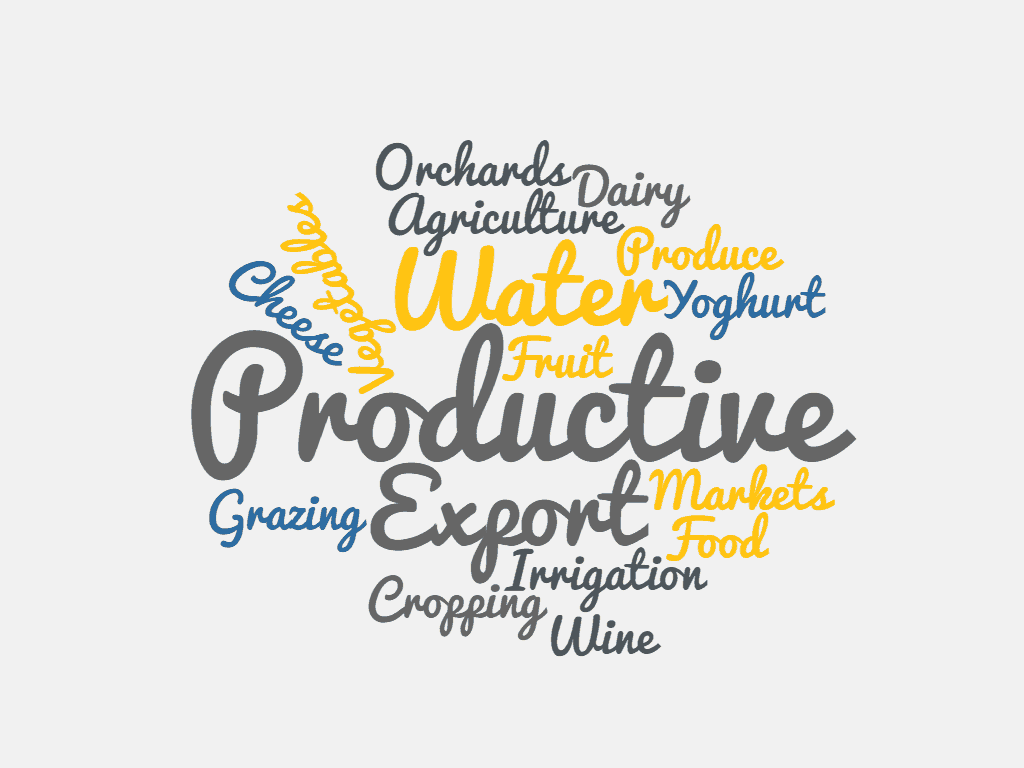 Productivity is vital for our economic development. The Productive pillar includes initiatives around water policy, and agricultural and manufacturing investment. 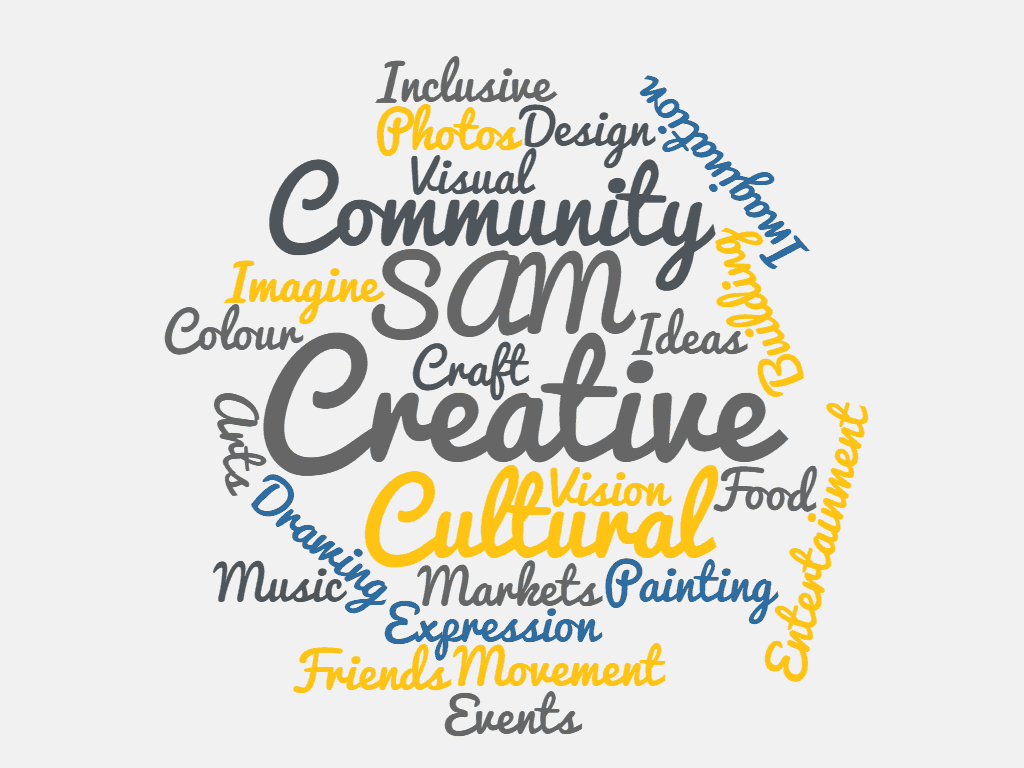 To reach our potential we must embrace our creativity. Creativity encompasses all facets of arts and culture, but also has a part to play in the design of our region and industries. 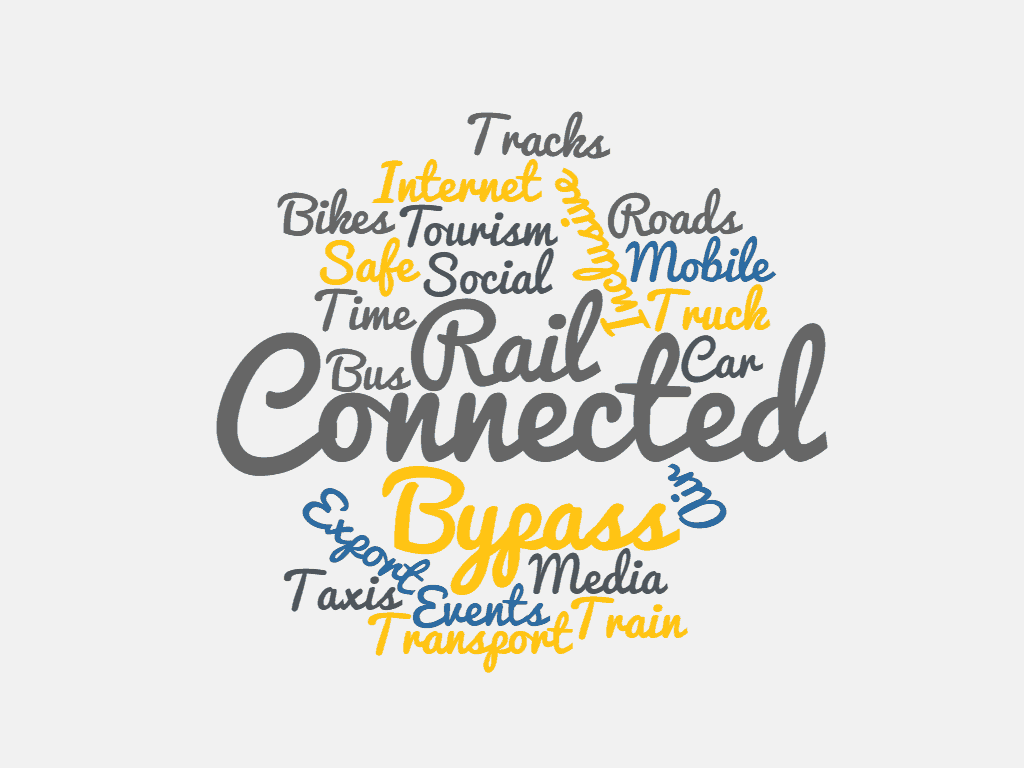 To be a vibrant 21st century region we must have connectivity to the rest of Australia and the world. This includes rail and road networks, digital connectivity, and establish relationships with decision makers. 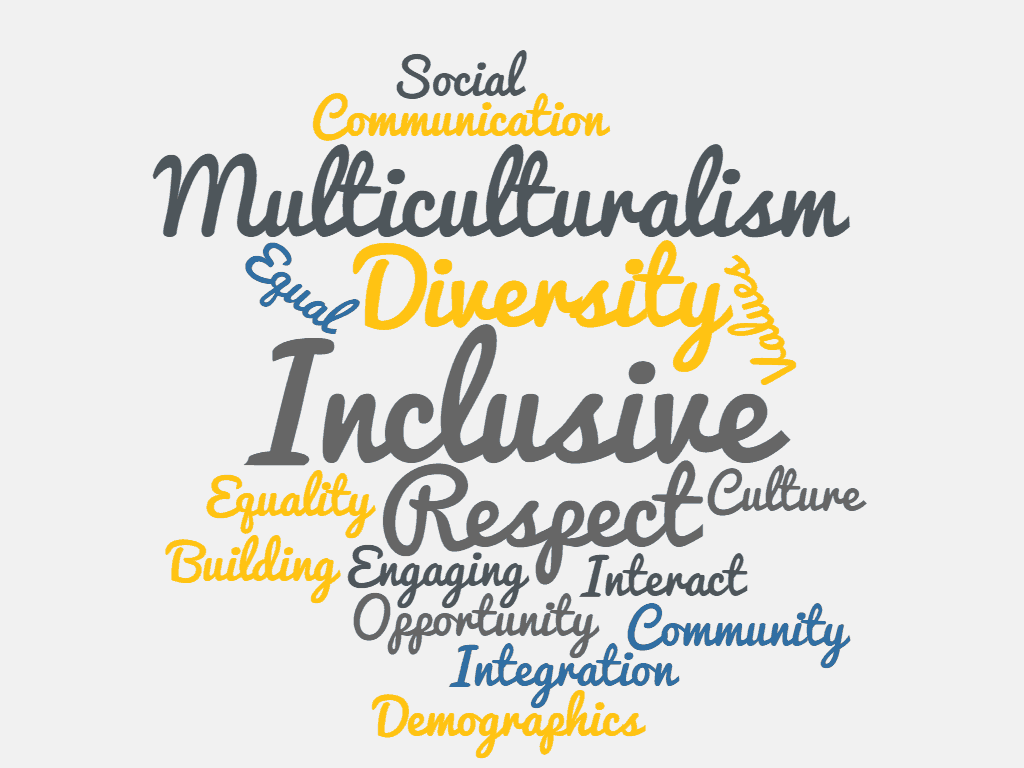 It is important that all residents of our region participate in our economy. All cultures, groups and individuals must feel that they are an important and included part of the community. 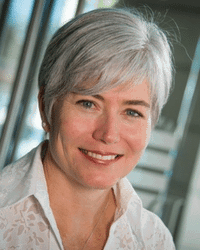 Lesley is a principal lawyer and director of Dawes & Vary Riordan Lawyers. She was one of the inaugural Law Institute of Victoria Commercial Tenancy Law Specialists (1999-2015). She heads the firm's Property and Retail Leasing Group and practices extensively in Commercial and Agricultural property transactions, mergers and acquisitions, and property related Water Law issues. Lesley's advises high wealth individuals, property developers, business owners, agriculturalists and government bodies. She also plays a key role in the management of the law firm. After five years the pull of a country lifestyle brought them to Shepparton where they purchased and developed an irrigated croppingfarm in their spare time while working as lawyers. They love the rich and varied lifestyle they now live. Lesley's commitmment to the region and keen sense of community has seen her serving in many roles including currently as Chair of the Committee for Greater Shepparton, as a community representative on the Goulburn Valley Highway Bypass Action Group and as a co-ordinator of Dawes & Vary Riordan's volunteering and scholarship program with Wilmot Road Primary School. Lesley has a Bachelor of Arts (English), Bachelor of Law, Graduate Diploma in Legal Practice (College of Law NSW) and a Graduate Diploma in Legal Practice (UTS). She is also a graduate of the Australian Institute of Company Directors. 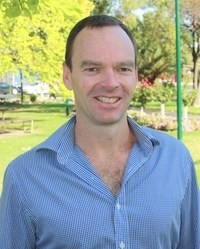 Leigh is a Director of Shepparton based engineering firm CAF Consulting employing over 30 people. Leigh grew up in Shepparton before leaving to study Civil Engineering at Monash University and worked across various civil infrastructure development projects in Melbourne. In pursuit of large-scale project experience five years was spent in the United Kingdom on Motorway and Airport Development – notably Terminal 5 Heathrow which bought him back to Melbourne Airport where he led various landside and airside development projects for APAM. Project Finance was key to infrastructure development which led Leigh into further studies and an investment banking role with Citigroup. An opportunity to come home to Shepparton and join the family business presented in 2009, which Leigh initially committed to for 2 years. The work and lifestyle opportunities were too good to pass up in Greater Shepparton where Leigh and his family have immersed for the long term where he plays an active role in the community, holding positions on various community industry and community groups including Committee for Greater Shepparton and the Shepparton Festival. 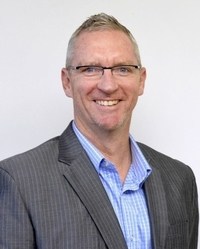 As Managing Director of McPherson Media Group, Damian is responsible for the day-to-day operations of the group, encompassing commercial printing, custom publishing, events, and all newspaper and online publishing assets. Schooled in business management both here and overseas, Damian is a graduate of the Australian Institute of Company Directors and committed to preserving the family values of the McPherson Media Group and its dedication to the communities it serves. In addition to his duties as Managing Director, Damian has previously been a member of the CEO Institute and served on the Boards of the Goulburn Valley Community Fund, GOTAFE, Country Press Australia and as the Chairman of the Victorian Country Press Association where he remains a Director. Damian is also an inaugural and ongoing committee member of Shepparton's Biggest Blokes' Lunch and sits on the Board and Audit and Finance Committee of Goulburn Valley Grammar School. 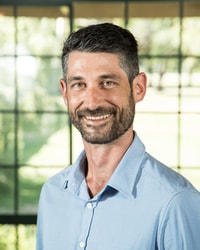 Sönke Tremper is the co-founder and director of Giz A Break Limited, a registered charity that wraps health promotion into an off-road touring format. He also is the owner of Primary Projects Pty Ltd, a management consultancy that focusses on partnering with community and healthcare organisations. He is passionate about combining his governance, population health, and business management skills to achieve sustained benefits for our community. Sönke is a non-executive director of Murray City Country Coast GP Training and volunteers his time as the chair of Goulburn Valley Medical Workforce Fund. He is proud to be the president of Dookie Primary School. Sönke is a graduate of the Australian Institute of Company Directors and holds tertiary qualifications in public health and commerce. He lives in Dookie with his wife Louise and children Anneliese and Johan. In his free time, Sönke loves off-road touring with his family and friends. 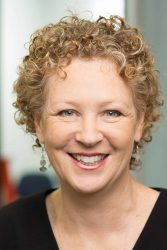 With a passion for rural and regional development, Jane enjoys her current position as Principal town planner with Spiire in Shepparton. Jane forms part of the consultant team at Spiire, assisting in a wide variety of land development projects and strategic land use assessments. She also oversees the business’ Town Planning and Urban Design Practice Area across Spiire’s six offices. Prior to Shepparton Jane lived and worked in Melbourne, where she was born, Bendigo and Mornington Peninsula, as well as internationally in Dublin, Ireland. Jane now lives with her husband Damian on their family dairy farm near Cobram, along with their three daughters. Jane enjoys being part of the local community and actively participates on the St Joseph’s Cobram Primary School Advisory Board and with the Cobram Junior Tennis Association. Jane was also part of the 2018 Fairley Leadership Program cohort. As part of the C4GS she looks forward to advocating for progress and positive recognition of what our local area has to offer. 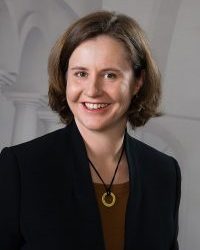 Sarah Thomson is the General Manager of Commercial (Chief Financial Officer) for Goulburn Valley Water. She moved to Shepparton in 2017 and has been delighted about the community she found here. She passionate about ensuring that the region is prosperous, a terrific place to live and continuing the culture of strong, diverse and inclusive leadership in our community. Sarah started her career at Deloitte and has worked for Gundjehmi Aboriginal Corporation, World Vision, Burnet Medical Research Institute and most recently WaterAid Australia. Sarah is currently a Board Member of THREE (Towards Human Rights for Everyone Everywhere) Foundation and was previously an Audit Committee member at the Asylum Seekers Resource Centre. Sarah is a Chartered Accountant, she has Bachelor of Economics and Asian Studies (Australian National University) and is a Graduate of the Australian Institute of Company Directors. 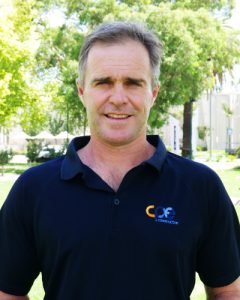 Damion is Managing Director of CPE Construction in Cobram and Guthrie McGoldrick Consulting Engineers based in Shepparton. Damion grew up in a farming family in Ouyen (Northern Victoria) before completing a Bachelor of Civil Engineering at the University of Melbourne. After several years working in construction project management in Melbourne and other regional areas of Australia, Damion purchased CPE Construction in Cobram in 2003, he has managed the business since that time. Damion’s wife, Natasha grew up in a farming family in Shepparton, before shifting away from the area for education and work. The couple now live in Shepparton with their three young children. Natasha owns and operates a local business in the healthcare industry. Damion enjoys community involvement including previously being President of the Grahamvale Primary School Council and currently on the Shepparton Junior Tennis Association Committee. One of Damion’s passions is helping develop career opportunities for young trades and professionals in the Goulburn Valley region. 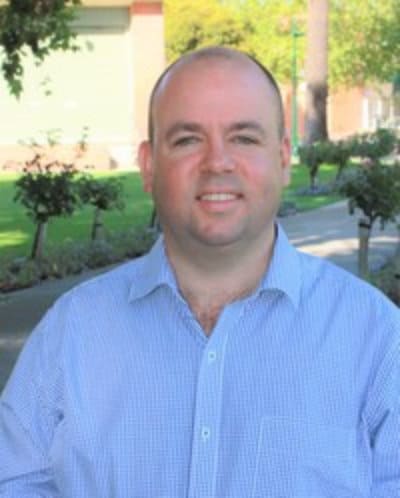 Sam graduated from the University of Melbourne with a Bachelor Applied Science (Agriculture) in 2003. He worked as a horticultural agronomist in the Goulburn Valley and from 2008 to 2016 was an agronomist with global micro irrigation pioneers, Netafim where he worked across Australia and New Zealand. In March 2016, Sam was appointed CEO of the Committee for Greater Shepparton. A lifelong resident of the region, he completed the Fairley Leadership program in 2013 and in 2017 graduated with an MBA from La Trobe University. He chairs the La Trobe University campus regional advisory board.

Jodie has predominantly worked as a journalist for the past 28 years in all aspects of the media including print, radio and television.

Before moving to the Greater Shepparton region in 2009, Jodie worked at credit rating’s agency Standard & Poor’s as an editorial manager, a free lance reporter on Optus Vision and editor of industry newsletters The Insurance Record and HR Benchmarking.

She was the editor of the North East and Goulburn Murray Farmer and Southern Farmer newspapers for four years before becoming a reporter on WIN News in Shepparton.

Jodie was most recently the Senior Media and Communications Advisor at GV Health for the past three and a half years where she led all communications for the health service and the community during COVID 19.

She was appoint as Stakeholder Relationship Manager for the Committee for Greater Shepparton in December 2020.

She has a Bachelor of Art with major in Journalism from Dean University and graduatd from the Fairley Leadership Program in 2020.

She is passionate about community leadership and has held many leadership potions in the Dookie community including President of the Dookie Primary School Council for seven years and committee member, coach and umpire at Dooie United Football Netball Club for nine years.